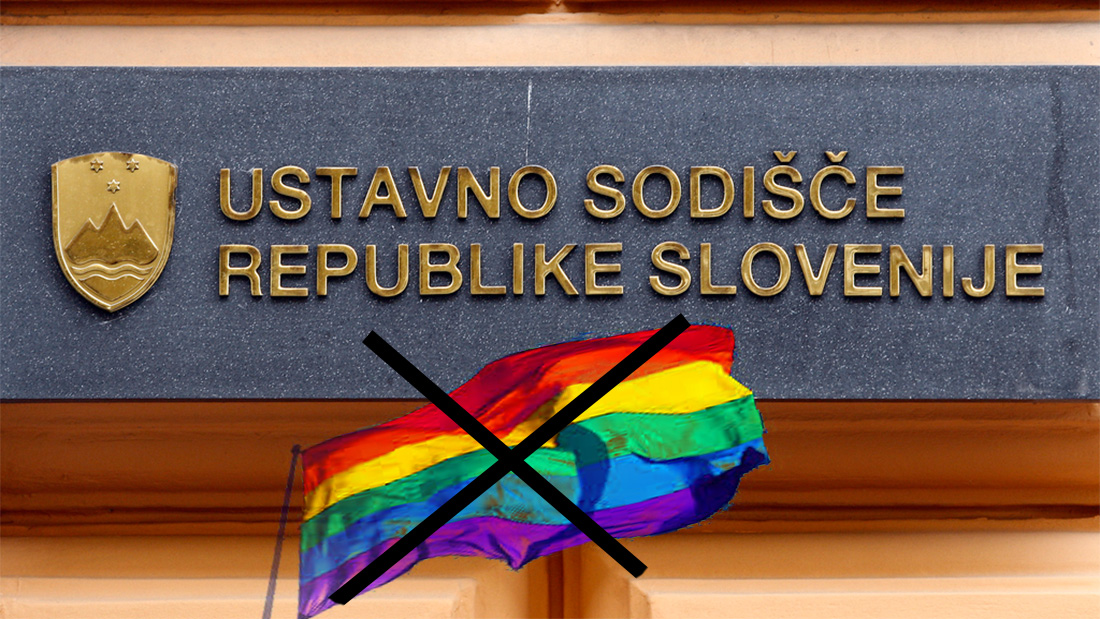 Društvo informacijski center LEGEBITRA expresses deep regrets and disappointment at today’s Constitutional Court decision to permit a referendum on the amended Law on Marriage and Family Relations (ZZZDR). The law was amended by Parliament in March 2015 and redefines marriage as “between two people” instead of “between a man and a woman.” LGBT rights advocates are deeply disappointed that the Constitutional Court did not recognize the law’s intended purpose to protect the rights of all. Non-governmental organization DIC Legebitra calls on those who support equality and human rights to stop discrimination based on sexual orientation and stand up for equality among heterosexual and same-sex couples in Slovenia.

Miha Lobnik, DIC Legebitra: “We are very concerned about the Constitutional Court’s ruling. Despite the 90th Article in the Slovenian Constitution clearly forbidding a referendum on human rights, a majority of judges ruled differently. My heart goes out to all LGBT individuals and their families, who, during the referendum campaign, will again have to listen to hate speech and various explanations about why they do not deserve equal treatment and why it is wrong to love who they love. This is another sad day for Slovenia.”

On March 3, 2015, the Slovenian Parliament amended the Law on Marriage and Family Relations with 51 of 90 votes in favour of marriage equality. This amendment upholds respect for human rights and equality and is a critical step to eliminate discrimination based on sexual orientation. As such, it was passed in the Parliament in accordance with Article 14 of the Slovenian Constitution, which guarantees equality under the law. However, in April 2015, the opponent formally raised a dispute about the Parliament’s decision and asked that the Constitutional Court rule on the constitutionality of allowing the amendment to be put to a referendum.

The amended Law on Marriage and Family Relations eliminates unconstitutional discrimination against same-sex couples in more than 70 legislative acts and grants equal economic and social rights. In 2013, Article 90 of the Slovenian Constitution was changed to expressly prohibit a referendum on laws that eliminate “an unconstitutionality in the field of human rights and fundamental freedoms.” Permitting a referendum on this amendment can delay equal rights of same-sex couple further to the future.